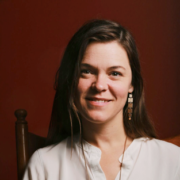 Ellen Mahoney, M. Ed, is the CEO of Sea Change Mentoring, which provides consulting and professional development to international schools on student and adult Social Emotional Learning and mentoring programming. Prior to launching Sea Change Mentoring, she served as a director for iMentor, a youth mentoring organisation in the United States, which was recognised by President Obama as a leader in the field. In 2008, she was awarded a New York City Council Citation for her exemplary work at the organisation, where she increased the quality of mentoring programs impacting 4800 participants and 16 school administrations. She is certified in mentoring program supervision by Fordham University’s Graduate School of Social Work and has contributed to major youth-mentoring publications such as the National Mentoring Partnership’s Research Agenda (2021) and the E-Mentoring Supplement for the Elements of Effective Practice for Mentoring. Additionally, she has co-authored reports on transitions support and suicide prevention for international schools and universities. She is an alumna of international schools herself and is based in New York, California, and Hong Kong.